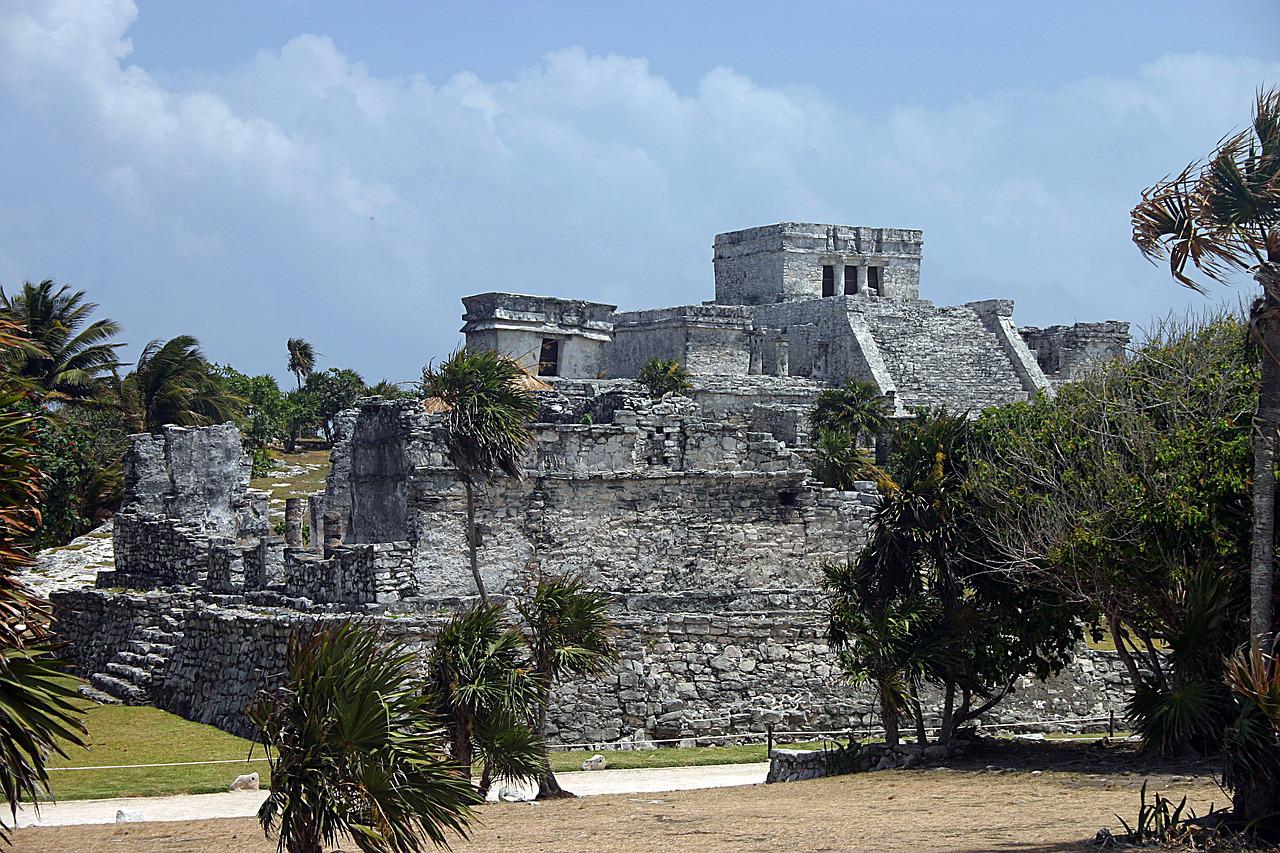 The archaeological site of Tulum is one of the most impressive sites in the Riviera Maya and of course, not only the site as such: also the city, its beaches, its hotels, its restaurants and its natural areas.

We’ll tell you about all that another time, because today we’ll tell you everything you need to know about the archaeological site of Tulum.

But before we start, don’t forget to book your private transfer service to Tulum with us.

The name Tulum comes from the Yucatec word for “wall”. It is likely that the city’s original name was something like Zama or “place of the dawn”, which makes sense when you see the sites’ dramatic outlook toward the east.

Tulum, 130 km south of Cancún, considered by many as the most beautiful of the Mayan sites, is small but exquisitely poised on the fifteen-meter-high cliffs above the Caribbean. When the Spanish first set eyes on the place in 1518, they considered it as large and beautiful a city as Seville, Spain.

The site (open daily from 8am-5pm), is about one km from the main road, so make sure to get off at the turnoff to the ruins and not at the actual village of Tulum a few kilometers farther on. You enter through a breach in the wall which protected the city on three sides.

The fourth was defended by the sea. This wall, some 5m (16ft) high with a walkway around the top, may have been defensive, but more likely its prime purpose was to distinguish the ceremonial and administrative zone (the site you see now) from the residential enclaves, which were mostly constructed of perishable material.

As you go through the walls, the chief structures lie directly ahead of you, with The Castillo (The Castle) rising on its rocky prominence above the sea.

At The Templo de los Frescos (Temple of the Frescoes), the partly restored murals that can be seen inside the temple depict Mayan Gods and symbols of nature’s fertility; rain, corn and fish.

They originally adorned an earlier structure and have been preserved by the construction of a gallery around them, and still later (during the fifteenth century) by the addition of a second temple. Characteristically, its walls slope outwards at the top. Carved on the corners of the gallery are masks of Chac, or perhaps of the creator, God Itzamna.

The Castillo, on the highest part of the site, commands imposing views in every direction. Aside from its role as a temple, it may well have served as a beacon or lighthouse.

Even without a light it would have been and important landmark for mariners along an otherwise monotonously featureless coastline. You climb first to a small square, in the middle of which stood an altar, before climbibg the broad stairway to the top of the castle itself.

To the left of this plaza stands the Templo del Dios Descendente. The diving or descending god-depicted here above the narrow entrance of the temple appears all over Tulum as a small, upside-down figure.

His exact significance is not known. He may represent the setting sun, rain, lightning, or he may be the Bee God, since honey was one of the Mayan’s most important exports.

Opposite is the Templo de Las Series Iniciales (Temple of the Initial Series), so called because in it was found a stela bearing a date well before the foundation of the city, and presumably brought here from else where.

The archaeological site of Tulum is one of the most important areas of the region and as such you have to visit it on your next vacation in the Riviera Maya. You have to know it, you have to admire it and you have to take the opportunity to enjoy its nearby beaches.