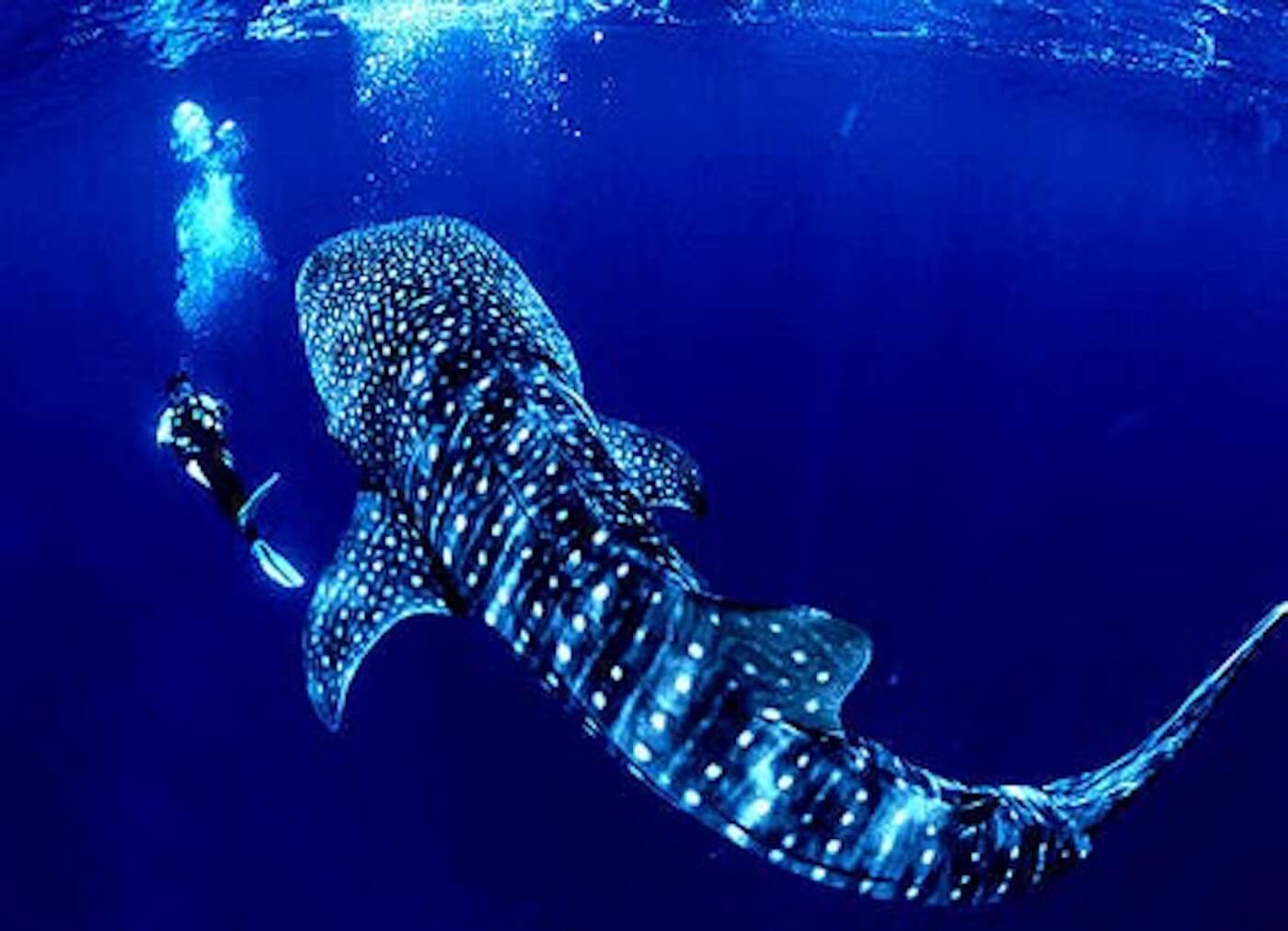 There are few places in the world where the geological characteristics necessary to house whale sharks are present, and Mexico has them.

Do you know the Sian Ka’an reserve? A place in the Mayan Riviera that will seem like a real paradise to you.

We are a country rich not only in ecosystems, but also in fauna, and what fauna is more beautiful than the marine; Quintana Roo is a state of water, mangroves and jungle, and in its extensive seas this majestic species arrives between the beginning of June and mid September.

If you want to enjoy this wonderful experience in the waters of the Mexican Caribbean, here are some facts to keep in mind:

The whale shark (Rhincodon typus) is the largest fish on the planet, it can reach up to 18 meters in length!

It has a massive and elongated body with a gray or dark blue coloration on the back, with circular spots and clear horizontal and vertical lines (white or yellowish) and white on the belly, which originates the local name of “domino” and in other places it is also known as checkerboard, ladyfish, in both cases by the games of chips, dominoes and Chinese checkers.

The whale shark is a species with a slow movement, close to the water’s surface, so you can observe them very closely and even swim with them.

This population presents both females and males and sometimes the males present evidence of reproduction; therefore, the uniqueness of this population makes it even more important to ensure their protection.

The whale shark is usually a solitary species, but sometimes it is seen living together with schools of jacks, manta rays and other whale sharks.

Although exact studies of their reproductive biology are not yet available, female whale sharks have been recorded carrying up to 300 calves!

The little information that has been generated so far, assumes that the longevity of whale sharks reaches 100 years.

The whale shark is very docile and gentle, and does not panic when approached by divers or swimmers.

According to the Official Mexican Norm NOM-059-SEMARNAT-2001, this beautiful animal is under the category of Threatened, and is currently protected by national organisms and laws that regulate whale shark observation such as Conanp (National Commission of Natural Protected Areas) and the General Wildlife Law.

Now that you know these whale shark curiosities, get ready to swim with them on your visit to the city of Cancun.

Still don’t have a transportation service? Click here to know our rates.